I recently asked my now twelve- and eight-year-olds if they remember the big parties we used to give them.

Shaking their heads and confused, they gave me a big, fat, “No.”

Wow. Really? My oldest remembers an Iron Man slide, but I swear we never had that! Maybe that was someone else’s house?

The last one was like only 3-4 years ago. That was a lot of work and preparation for them to not remember! Ugh… Fail. 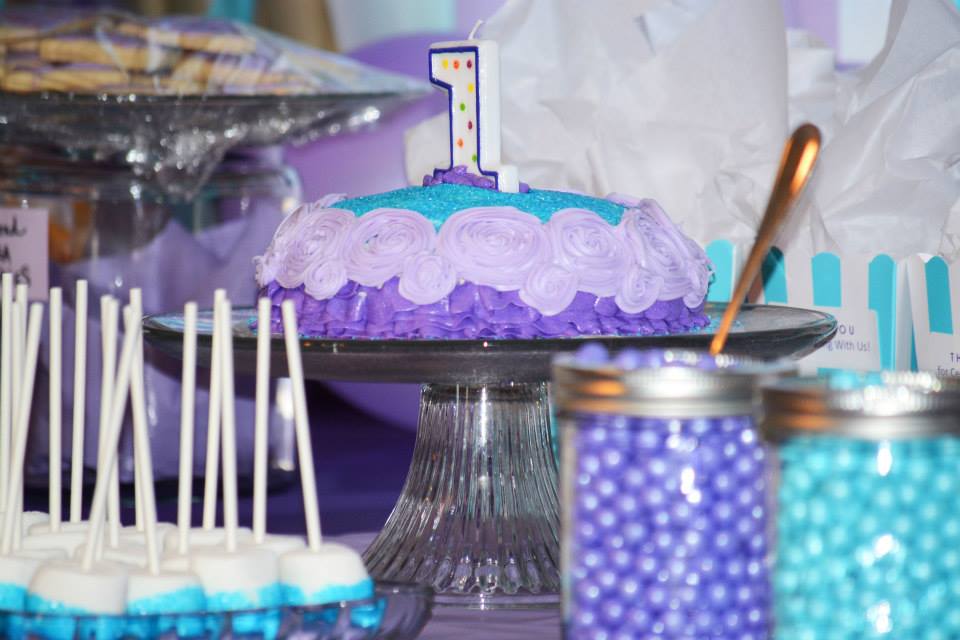 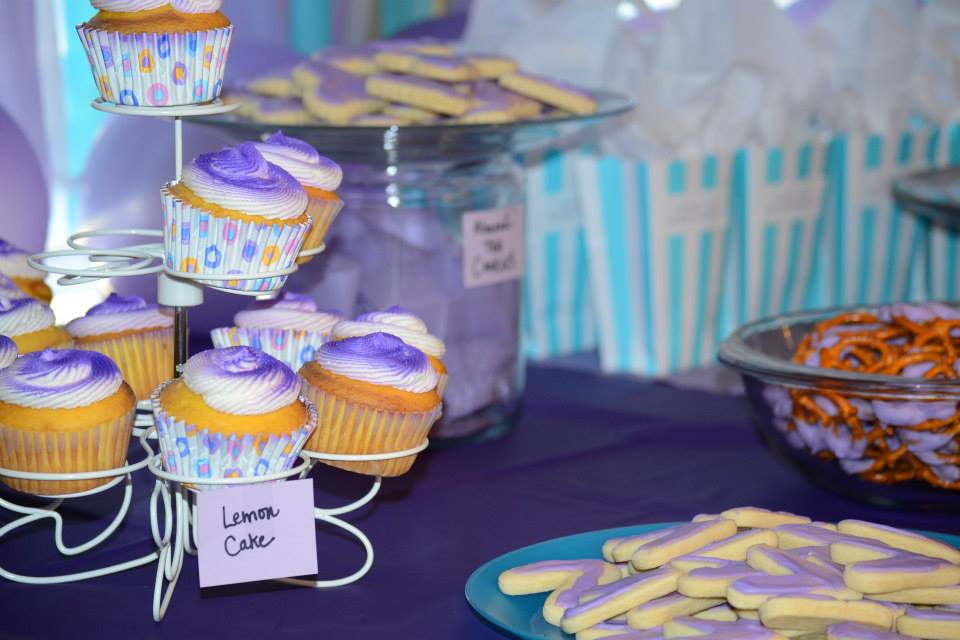 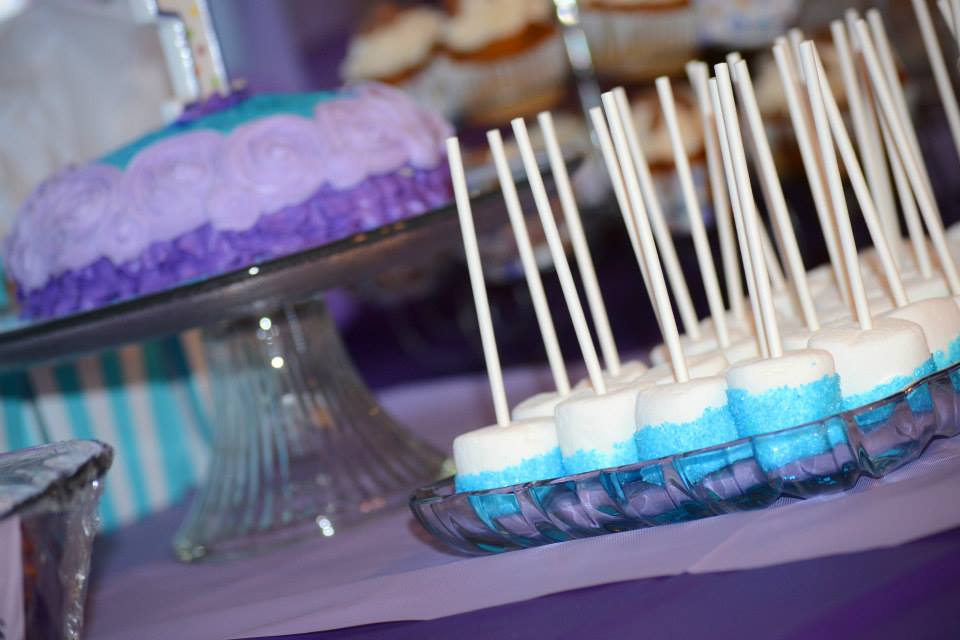 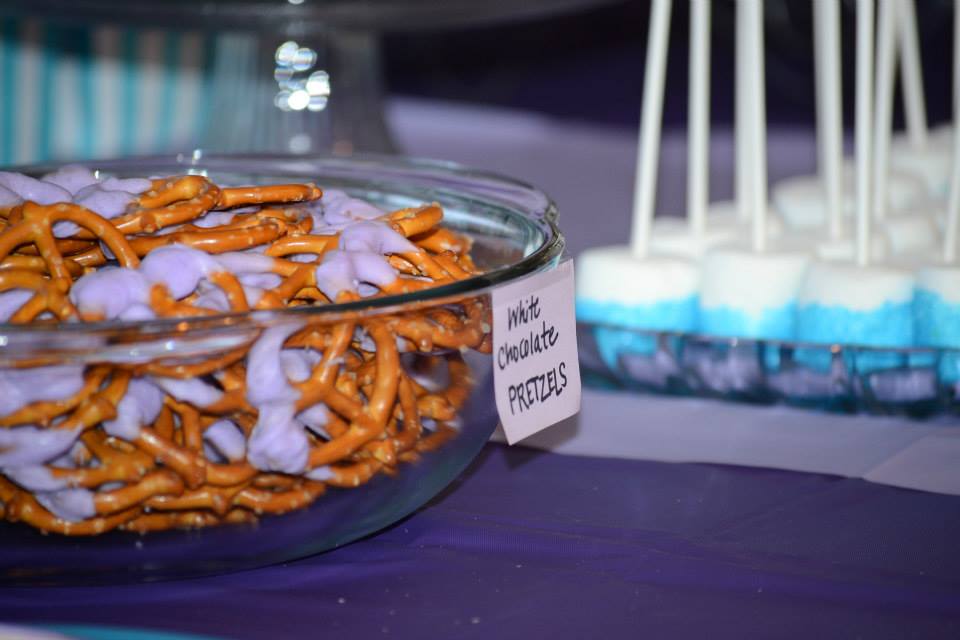 We did it BIG every year…

Baked goods, full meals, party foods, matching candies, party favors, invitations designed by yours truly, and complete with a designer cake. Creativity is my specialty, and I used it to my advantage for those special occasions.

Since our kids have hot-weather birthdays, it was always lavished with a big blow-up waterslide. We rented a snowball stand a few times, too. We loved blessing everyone with a good time. The whole church was invited, the whole family, and anyone in between. Come on over!

I always had so much to do in the days leading up to it, so for some reason it never failed that I’d get super stressed right before the party began – and then stressed again when everyone showed up.

It was a lot of work for me. And not that I mind work. I like work. But this work became stressful every single time. Not to mention the cost.

We’d save up all year to be able to afford it. And when you’re a young couple just starting out, it can be a strain. Even though my parents didn’t (nor did I ask), I’ve known a few grandmas to pay for their grandkids’ birthday parties. Not that anything is wrong with that either – to each their own. That’s not my point.

We tend to do what everyone else does because “that’s just what you do.” Whether or not we can really afford it or want to – we just do it because it’s what we’re supposed to do. It’s what’s expected. But we love our kids so much, and that’s why we do it. We do it for them. Of course we do.

We get suckered in to thinking that the first BIG birthday party is all for the child… and then the second and third.

Who is the party really for?

For the kid who’ll never remember it?
Only in photos.

The birthday boy ravishes through all 30+ gifts, and can barely remember who bought him what. Fill up the house with toys. Again. With the amount of people there, they honestly couldn’t tell me who was there and who wasn’t. Little kids’ brains don’t normally sort out those things yet anyway. Even though we went through every card and every gift, they don’t even remember the BIG party!

Yes, I’m thankful for all who came and took time our their day to celebrate with us. We dearly love everyone who came. Always.

And then, I had a crazy idea.

What if we saved half the money we spent on a big party and used it for an “experience” instead? Instead of spending $300-400-500 on a party, use like $150-200 for an adventure with just that child for a special time with them. This wasn’t just about the money, though. Hardly.

For example, the first year of my crazy idea, we took the boys (birthdays in Aug & Sept) to the nearest big water park and had a total blast. It was 3 years ago, and they still talk about it all the time.

We brought them on a Saturday, and then the following Sunday we invited only our immediate family over for dinner and cake. Immediate family consists of my parents and siblings and Ernie’s parents and siblings (and Godparents). One set of my parents lives over 6 hours away, and they’re not obligated to travel here for 3 big birthday parties. They FaceTime and send gifts, or we visit with them as soon as we can. No pressure on anyone.

So technically, we still had a party. But there was absolutely NO stress involved.

The kids NEVER asked where “so and so” was. Like ever.

The only people that came to their “little” party were the ones who would call or visit regardless if there was a party or not; it was immediate family only.

No one else called.

No one else came over.

No one else bought gifts.

I’m not at all saying that the people who didn’t call or buy gifts don’t care about us or our kids. That’s not what I’m saying here.

I’m saying that if I never invited them in the first place, they don’t even know there wasn’t a party or even a birthday at all. They’re not worried about it, nor do they realize it’s our kid’s birthday (besides a Facebook post). There’s nothing to feel left out about because they wouldn’t have known anyways, and they wouldn’t have called to inquire!

I’m not mad at anyone.

We’ve got to stop doing what we “think” we should do based on the culture, and start doing what we really want to do based on our values. You like big parties and it doesn’t stress you out? Go for it. I’m not telling you to stop.

What I’m saying is that you don’t have to do what everyone else is doing if (deep down) you really don’t want to. Stop thinking you’re a bad mom if the birthday party isn’t Pinterest-perfect.

And it won’t hurt your kids.

Don’t you remember the good ol’ days with sleeping bags and a 13×9 cake that mom made with sprinkles on top, after you and your friends played in the backyard? Okay so my mom was a baker who made fancy cakes (so that part doesn’t count for me), but still. You know what I mean.

Their birthdays this year literally lasted about a week long, and we didn’t even have party! For example, one of the Biblical Feast Days fell on our son’s birthday, so we had a feast at church on a Tuesday. That night, we spent the night at the church house and surprised him with Blue Bell ice cream cups (bought from the Dollar General down the street) topped by a lit candle and us singing Happy Birthday. He was so excited! Ernie took him fishing all day the next day (his favorite thing to do), and that night we went to the fun mouse cheese place (his pick). The day before all that, my dad came visit and brought gifts. Ernie’s mom took him shopping a few days later, and he also received a pretty nice gift in the mail from my parents in Texas.

We worked this special day in to our everyday life without much effort, and it was SUPER enjoyable.

It’s not about the stuff we do for show. What are we doing in secret? What really means more? Only we can answer that for ourselves. Just don’t let anyone else answer that for you.

Now that they’re older and very much aware, they’ll probably be having birthday “parties” again – now that they can invite who they want and it means something more to them – if they want to.

Enjoy the little things while they last because that’s what matters anyways.

Less is more in so many ways 🙂

Do you want to understand why less really is more? Want to get started on creating more life with less? I’ve created an Action Plan specifically for you. Get access to this free download, and learn more: